This chapter covers a story of online shoe retailer Zappos struggling to make its business successful by distinguishing them from others with an innovative service for customers. In 1999, the founders of Zappos decided to offer free shipping services as well as returns without any cost that helped enormously the company be at a world-wide renowned position.  Quoting V.H. at the first page before the story is elaborated, it says that key elements to bring customers’ high satisfaction in the company’s service was a business decision to take control over the entire retail value chain from the very first process to the last shipping. Such strategy that Zappos innovated have greatly influenced over the online industry, seeing data itself provided by the National Retail Federation that 90% of retailers now have free shipping services during holidays.

Reingold starts then the story by pointing out that some business decisions are made after hours and hours of impassioned debate with intense analysis, however sometimes the decisions are often quickly produced because nothing can be better than them. Because that is what happened at Zappos in 1999, where a decision for conducting a free shipping and returns services was made. This decision elevated the company to the best satisfying service supporter in the world, which is more than just mere a shoe company. Nick Swinmurn, the Zappo’s founder that time in 1999, was desperate to survive in online shoe selling industry. Under the prospecting companies that time including Pets.com, eToys, and Kozmo.com, to be successful Swinmurn approached Tony Hsieh, a venture capitalist who had sold his company LinkExhange for $265 million. Swinmurn had talks with Hsieh to gain funding from him. Agreeing to invest for a few months until more can be raised from other big capital firms, Hsieh requested one condition to Swinmurn to bring someone who really knows about shoes in his company. That is when Fred Mossler, who has experienced selling shoes at Nordstrom, was hired by Swinmurn.  Zappos seemed to have its business material-related weaknesses in that nobody would like to buy easily shoes without trying them on and the business took the fast running out of cash. Knowing these elements, Mossler and Swinmurn decided to offer free return services for customers so that they can try even several times their shoes without paying for a delivery. Cost analysis was not taken by them, neither probability of its success was known. They followed their intuitions to offer this service despite of such uncertainty. They did not even upload a banner promoting this service on their main page; a customer needed to see the customer service page to know more about this service.

Their intuitions brought greatly positive responses from their customers. The numbers of customers and their orders started to increase, which influenced Hsieh to keep funding the company. Other online retailers also started to have free shipping services but Zappos still was distinct from them considering that they have free returns as well. When it comes to costs, around 40% of the total orders made in Zappos were returned which the company considered as marketing fees. It was added in this chapter that customers who bought shoes from Zappos with loyal and highest payment were also the biggest returners. Reingold then described her own experience when she ordered eight pairs of black boots to try on, then returned seven out of them to select only the best one that fits well with his/her design preference. Aside from free shipping and return services, Zappos were well aware of the importance in relationship with customers which inspired the company in 2003 to have their own stocking and shipping control for their own inventory. Swinmurm quoted, ‘’There came a point where we realized we were not really an Internet or tech company; we were really a shoe store’’ (Jennifer Reingold, 2012: 42). When Hsieh and Mossler had a drink one day, they decided then to have another momentous decision to equip a brick-and-mortar store, not only an online store, with their own warehouse. Zappos fired its existing logistics company and built their own system called WHISKY (Ware House Inventory System in KentuckY), which brought dramatic sales increase from $1.6 million in 2000 to $8.6 million the next year and $32 million the following year. Zappos enabled faster shipping system in this way to raise higher customer satisfaction.

Finally, Zappos made another great business decision in 2002 to continue its expansion by quoting Hsieh saying that he wants not just to be about shoes but something beyond that. He then while having a lunch with Mossler, shaped the Zappos brand as about the very best customer experience of any company, online or off (ibid.: 44). Then, three executives of Zappos that time looked for a gap where they can fill up for a faster delivery service to a customer’s door, and decided to fire the last remaining vendor contracts to be completely on its own. And Hsieh came up with an idea after a few months to move Zappos headquarter from San Francisco to Las Vegas, making 70 of the 90 employees made the move also. It was in pursuit of building the company to be the best customer service supporter, by ensuring customer service is the entire company not just a department, quoted in his Delivering Happiness. Until now, Zappos has their return policy as free for 365 days. With $1.6 billion in sales, it became a unit of Amazon, and Zappos proactively acts as a consultant to other companies regarding their customer series and long-lasting corporate cultures. Zappos was ranked no. 11 on Fortune’s Best Places to Work list and no. 3 on the NRF Foundation/American Express Customers’ Choice Awards (ibid.: 45). 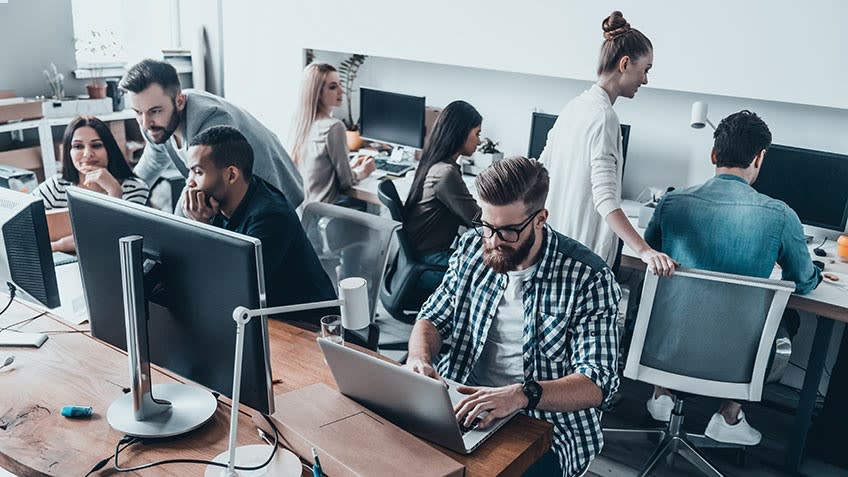