Chapter 1-The greatest business decisions of all time overview

The greatest business decisions of all time overview

The information of those case studies has been extracted from the great book of Harnish, V. (2012). The greatest business decisions of all time how Apple, Ford, IBM, Zappos, and others made radical choices that changed the course of business. Des Moines, Iowa, Fortune Books. We couldn’t just read this book and learn from it just ourselves, but we saw the necessity to share it with all our students, do to the great decisions taken by these iconics companies leaders and the strategies and wisdom behind the success of those companies.(Ali Khelfaoui) Foreword. By Jim Collins. ‘’The question is not what the world does to you but how you make an impact on the world. Decision-making is ultimately a creative act. – Jim Collins (The greatest business decisions of all time, 2012:20)’’ This foreword is about What and Who in making decisions – that is, it starts with a question asking to us if our tendency to think commonly that decisions are about ‘’what’’. Collins highlights ‘’who’’ instead, saying that all the decisions are ‘’people’’ decisions. He then adds that a reader can have the right people with him/her as a key element to make a right decision in the world and the future which are uncertain. An example is made to show the importance of the people by using a case of Jim Logan and Mugs Stump in 1978, who are the very first people to complete climbing the Emperor Face of Mount Robson located in the Canadian Rockies. Collins uses his interview records with Logan when he asked ‘’Why were you able to climb the face’’. Logan replied it was possible thanks to his partner who climbed together. That said, when Logan entered the ‘’death zone’’ of the face, there was a difficulty that they could not retreat, and thus to decide whether to keep going to summit or die. It was able to overcome since Logan had a person who could adapt to whatever the mountain throws at them.

Turning to the business field, Collins makes another example, the story of a company called Wells Fargo in the late 1970s. Dick Cooley, a chief executive of the company at that time, was clear with Collins when he researched Dick on the company’s decision in the uncertain storm of deregulation in the banking industry. Dick said, in essence he does not know how to prevail through the deregulation but decided to discuss on a set of decisions with the people who could handle this uncertain situation. By accepting the uncertain future by knowing that he does not know, the leader could start making great decisions with great people. The leaders who made the greatest decision leading to their business successfully were comfortable saying that they do not know, until they knew. This does not include lying, which refers to saying that you do not know although you already made your own decision or presuming to know when you do not. This is said to be not typical in companies where people expect the opposite situation. That is, mostly people expect their leader to make his/her own decision from his/her own knowledge, indicating a direction that they should head. Collins says ‘’that is wrong’’ since it may ignore people who can know about useful elements for making great decisions. Again, great leaders are highlighted not by directing where people should head from his/her own decision, but accepting that s/he does not know, and hearing options or ideas that might be better. A position of leaders may hinder from acquiring the best information from people since creating an ambiance where ideas can come up freely might not be easy with the position, notwithstanding leader’s personality. For instance, a personality shouting that ‘’I can convince the people on my view’’, ‘’I am older and have done more research than anyone, so I know more than they do’’ and such. When Collins was conducting his research for Good to Great, he built an atmosphere that people disagree with him first, by setting up around him only those who disagree with each other including him. He then made heroes out of those on his team who pointed out flaws in his thinking. Then in the next meeting with the people, he explicitly said that he wants to give the heroes credit since they really pushed his thinking to be improved. One of his favourite researchers he used as an example is a young person who went to Princeton, who was irrelevant to his research team and has an independent thinking. The critical part for the research was made in this way since it reduces the odds that his position and personality would lead a wrong decision. At the same time, Collins asserts strongly that a decision-making is not about consensus. Companies who make great decisions all have similar aspects in that they make their debate real.   It is called being Socratic – when Colman Mockler at Gillette was in between cheaper, disposable plastic razors and more expensive types, he asked Socratic questions by pushing people to defend their view in a real, violent debate. Then the debate leads to an executive decision

All great decisions that Collins found was never taken by unanimous agreement. It accompanied some degree of disagreement every time. That is, a major decision is what people carry disagreement and the following debate first before they work together for the success of their enterprise. Aside from creating a debate, Collins specifies other ingredients that are necessary for great decisions. An internal drive is one of them. And the three questions with big decisions are. First, ‘’what are our real core values and aspirations?’’ to know what we truly are standing for, which is the internal imprint driving all the action. The great companies are said to be internally driven, not only responding to the outside. Second, ‘’how is the outside world operating and changing?’’. And third, ‘’what can we contribute better than any competitors?’’ which can be figured out by intersecting the answers to the first and second questions. For example, Boeing’s decision to build the 707 had the internal value as ‘’we are adventurers for goodness’’. That said, they liked doing big and adventurous things rather than operating in just a secular business. And relevant to the mentioned second question, they did not have that positive outside environment where ended the war meaning that the demand for bombers decreased, showed changes in technology from propellers to jets, and had the demand for military aircraft going to decline relative to demand for commercial aircraft. About the third question asking what Boeing then can do better than any other competitors in the world, Boeing had jet technology that can enable building big strato bombers, the B-47 and the B-52. They could build a large-scale jet. Being challenged the truth, internal and external, Boeing was able to make a distinctive impact by calling the jet age and that is when Bill Allen decided to go for the 707. Some decisions can be bigger than others and some can be smaller. But as far as what determines outcomes, Collins says that the big decisions are six of 100 points made by people who are 0.6 or 0.006 respectively. That is, big decisions are made as an aggregate of a small fraction. Another important factor for big decisions is said to be psychological or physiological. As an example, the airline industry can be considered; all the events and factors happened including fuel shocks, interest rate spikes, deregulation, wars, and 9/11 since 1972. And yet an airline is the best performing company in terms of return to investors from 1972 to 2002. According to Money magazine’s retrospective look in 2002, Southwest Airlines beat others including Intel and Walmart. Luck is obviously a factor for good results from decisions but overall Collins’ research shows that the main elements reside more under leaders’ control than the outside. In other words, the fundamental assumption needs to be like Southwest Airline’s. In addition, one other variable to be vital for both the quality and implementation of decisions would be a long-term vision. If we look at Andy Grove deciding to abandon memory chips at Intel, Bill Allen and the Boeing 707, Reg Jones choosing Jack Welch to run GE and such, the leaders were clear in that they had their ambition for the long-term greatness of their companies. 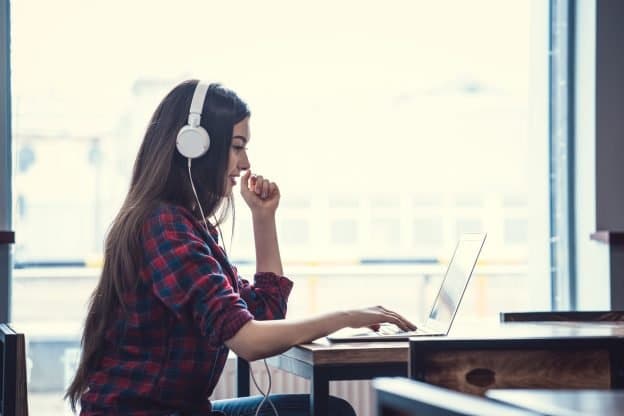